If you want to learn how to play poker, Seven Card Stud is a good place to start. There are just a few simple rules that you will need to be aware of before getting started. This is a very popular casino game, but it can be just as fun to play at home casually with some friends.

Each player gets a total of seven cards to start. The objective of the game is to come up with the best five-card hand while you bet against every other player’s hand. You play with all 52 cards, with Aces high and twos low. Someone needs to act as the dealer. The first person who comes up with an Ace takes on this role for the game.

After everyone has their cards, each player starts placing their bets. Most at-home games only have a bet amount of a couple dollars or so. The game then starts going through rounds.

The first round of this game consists of the dealer giving two-face down cards(Do Watch) to everyone who is playing, which are the “hole” cards. Every player then gets a card that is put face up, which is the “door” card.

Once everyone has their cards, players place their bets starting with the one who has the card with the lowest overall value. You have the option of folding your hand whenever you want, but you will lose your bet. 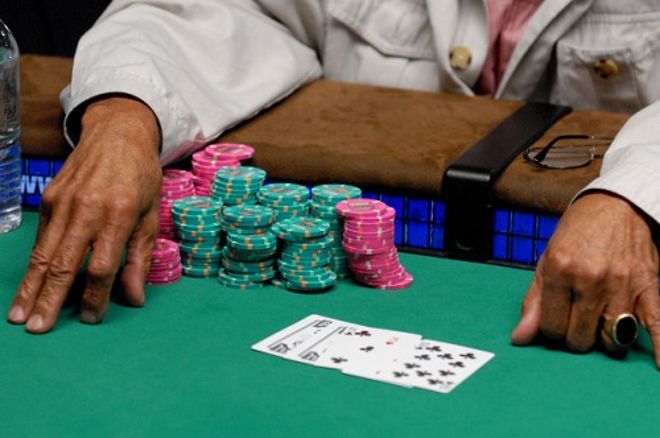 Next, the dealer gives a fourth card that is put face up to any players who are still in the game. Betting begins with whichever player is holding the highest value hand.

A fifth face up card is then given to all of the players still in the game. The player with the highest 5th street or highest value hand begins.

A sixth face up card is given to any players still in the game. The person with the highest 6th street or hand begins the betting.

Lastly, a seventh card is given to any players still in the game. These players look at what they have and try to come up with the best five card hand with their seven cards. Once they have put together the hand, they put it on the table for everyone to see.